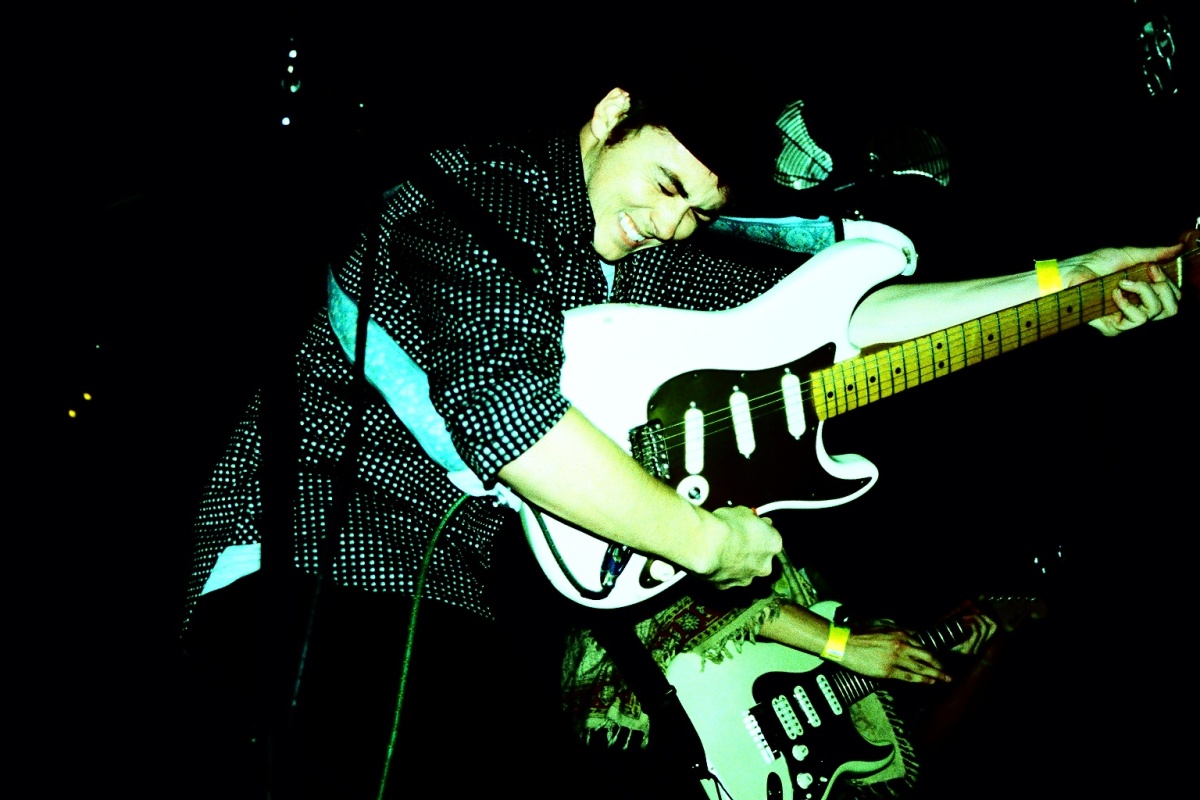 Founded by Ryan Rousseau and Jay Reatard back in the early 2000’s, Arizona’s Destruction Unit has been through many members and sounds. Their latest LP, Void delivers top notch freaked out, fuzzed out tracks ruled by three guitars. I had a chance to speak with 3/5 of Destruction Unit’s ever changing line up at one of my favorite shitty watering holes; after a whirlwind week of recording and shows in New York.

JANE PAIN: When I asked for older MP3s, Jes claimed that Void is the only thing that is “relevant”. I know that the band aims to make each record different but what did you mean by this exactly? Is the current line up/ record divorced from previous line-ups?

JES: Yeah, I mean… It is different because it is different people. Even the line up now is different from Void. I think that Void is good but the way we do things does not involve looking behind us, except to prevent future mistakes. People ask us to repress or reprint things but if we have already moved on from it there is no point in dragging it back to the surface. We’re beyond that.

JP: I had a question for someone who is not here… Do you want to be him? Turns to Nick Nappa.

NICK NAPPA: Who is he?

JP: Ryan said that he prefers recording alone because he can make things sound exactly how he wants them to sound quicker but it seems that the current Destruction Unit stuff seems way more collaborative, particularly tracks like “druglore”. Obviously this is because there are new members in the band but… There is more to it… For example, Jes has fielded a couple of interviews -including this one- without Ryan, the bands establishing member. Do you think that he has loosened the reigns on Destruction Unit and allowed current members of Destruction Unit more control? 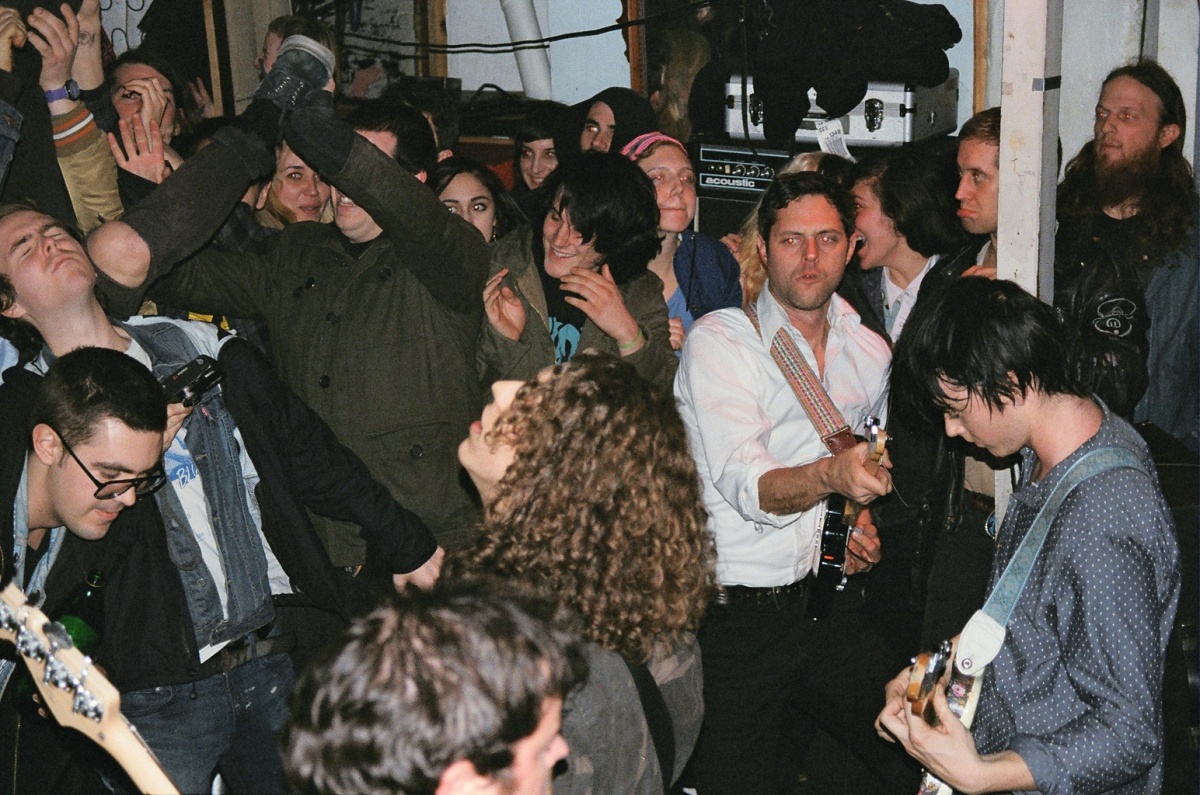 Jes: The amount of control any specific member exerts in this band is not something we can comment on.

JP: The last NYC date was in the midst of hurricane Sandy. You said that you “never considered skipping New York”.  On this stint, Destruction Unit came all the way from Arizona for two Destruction Unit shows and one Marshstepper show. Maybe I am fishing for something as a native New Yorker; but is there an affinity towards New York City for you guys?

ANDREW: There are a lot of people from Phoenix out here too.

JP to Chris Hansell, their publicist and friend: Yeah, I heard the dude that you pushed out of the Marshstepper show was an Arizona dude.

Jes: We have known him for yeeeaarrsss.

Chris: I just felt like he was ruining it.

Jes: Yes. Chris kicked a member of Marshstepper out of his own show. It happens.

JP: Are there any place that you detest? Or would rather not return to?

N: There are so many.

Jes: I won’t ever go to Kansas again. I’d rather not discuss that in the public forum for legal reasons though.

JP: The next question is the mandatory desert question.

JP:: Have you ever considered residing in a different habitat?

Jes: Sure. I love Arizona but it also kind of sucks in a lot of ways. There isn’t much here. Most of the stereotypes are true. It is hot, it is very spread out, there aren’t many resources for artists or anyone really. Some people fetishize that, and think they are better off for it. It makes them “tougher”. To me, it doesn’t matter either way. I happen to live in Arizona, and I enjoy it. But I would could enjoy any place I live. You get different perspectives from different places. The wider your range of experience, the better.

JP: How do you guys feel about the upcoming Merchandise/ Milk Music tour! What do you expect when touring with those dudes?

A: I am mostly excited about it because I am going to be going to a lot of cities that I have never been to before and I just feel really good about this whole thing. I think it’s going to be great. Everyone’s together. Having three bands touring together can be problematic but it’s also a gift.

J: Three of the best rock bands in the world right now all touring together, that’s something to be excited about. I am also interested because I am pretty sure this is the first tour that I have ever been on that I didn’t book. It will be interesting to not have to deal with all of that shit.

JP: And you are always dealing with everyone’s shit!

J: All of the shows are going to be wild. Everyone involved in this tour has known each other for years now. It makes sense. It was bound to happen inevitably, whether it is with these three specific bands or not. It just makes sense

JP: And I saw that Nylon printed a photo of you as an honorary member of Merchandise not too long ago… Can comment on being down there with those dudes/ that shoot and playing with them?

J: I went to visit them in Tampa, and traveled with them to Miami for Art Basel. Which, by the way, was mostly rubbish.  The shows were great and Merchandise were great at both of them. Then they tricked me into being in that photo. I had just rolled out of bed and they called me and said to meet them at this auto-junkyard. Showed up to a photoshoot.

J: South By Southwest as an entity is pretty awful. It’s quite an exploitative affair. A bunch of people trying to attach their name or logo to something, anything. Why are we still trying to identify with other people? Especially people so far removed from our own personal experience. How arbitrary is it all? You can’t feel alienated if you have no desire to be a part of something other then yourself. And that is what strength is.

The less you claim to know about a stranger, the more beautiful they are. Because they don’t have anything in common with you. And why would you hope for them to? Why would impose your context onto another? We don’t live for a community or for a scene. All of our friends and collaborators are infinitely far removed from us, but for that reason they are equally as relevant, equally as far out in a different direction. As for playing bigger shows, we’re are quite comfortable playing anywhere, whether that’s a 5,000 capacity hall or a 50 capacity basement. With these bigger gigs you have to be more careful about people trying to co-opt or homogenize your work. When business people start thinking they might have something to gain from what you do, you have to be aware of that. We are well aware.

A: I think also… The thing with festivals is that there are a lot of people who have not heard the music yet. A lot of people will be hearing it for the first time, which is really cool.

JP: Most definitely. I heard in another interview that important elements of Marshstepper are balancing transcendence and humor while still remaining aggressive. Do you think that also holds true to performing with Destruction Unit?

J: It’s not meant to be taken lightly or seriously. Essentially I am saying that what we are doing is quite significant, but it’s ever evolving and changing. The farther out there you can go, the more legitimate your cause. Cultural revolution is schizophrenic, its bipolar, its hallucination, its finding the one thing nobody loves and loving it for everyone. It’s speaking too soon for too long about nothing at all. Keep moving forward with new ideas and new methods and new people. If you can’t look yourself in the mirror without laughing, you’re holding yourself back. We are all a product of our own terrible culture, and its impossible to change that culture while we reside within it.

JP: You said that Marshstepper and Destruction Unit perform different ‘functions’, what are those functions?

J: I don’t know if I can answer that at this moment.

JP: Damn! Andrew, you are really young. You’re 19, you shouldn’t be in this bar, you model nude for Marshstepper, you slay the drums…

JP: How did you guys all meet and what does Destruction Unit mean to you?

We all started playing shows together and a sense of community grew out of it. This whole thing has been awesome for me. I have only been in the band for two months and it is just blowing up! It is something I am proud of. I think it sounds good. Glad to be in this band with these people.

J: I think it is important to note that age is pretty irrelevant. We have learned from and been impressed by the younger group of people as by those that came before us. I looked up to people growing up too, but one thing I have always kind of hated was the older people who stuck around, thinking of themselves as the elders and taking themselves really seriously, demanding respect and admiration. Art has a short shelf life. Longer than a decade but shorter than a generation. If you can keep up, you can stay relevant, but the work you did 20 years ago certainly hold’s no one hostage anymore. None of this has anything to do with age. It is all about your intention. 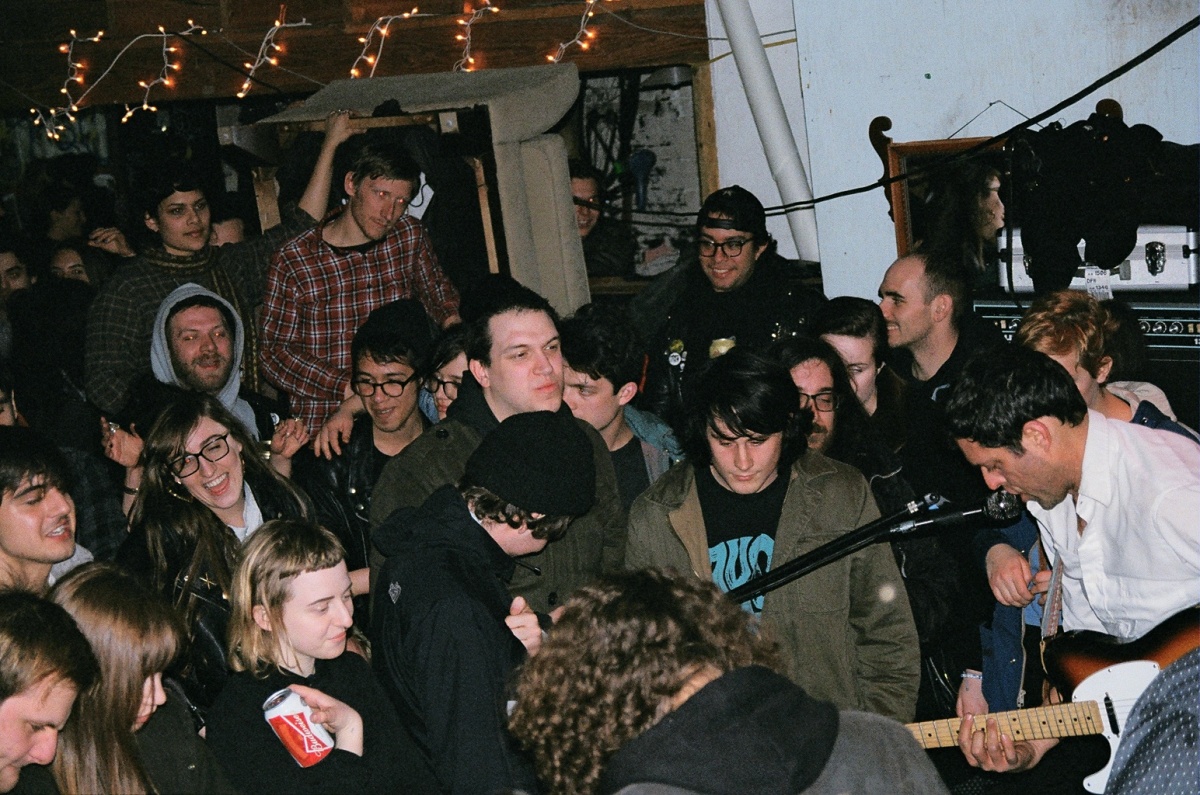 JP: What’s your favorite drug and why?

A: It’s different for everyone in the band. I want to say some psychedelic but smoking weed is cool.

J: All drugs are great if you know what you are taking and how much to take. Some things have more of a social stigma than others, but in reality, the world is much less black and white. My advice regarding drugs? Be a taker not a user.

JP: Then how do you feel about Speed Boat?

J: Speed Boat is a big inspiration for everything that we do. This interview, this trip, these bands. Really, none of this would be possible without Speed Boat. The amount of work that he puts in is incredible. The other day he drove all the way to New York from Arizona just to come to our show. He is a true testament to believing in something.

C: He sold the merch when he got there…

JP: I guess that is a good place to end considering my next two questions were is Speed Boat your favorite band and are you Speed Boat? 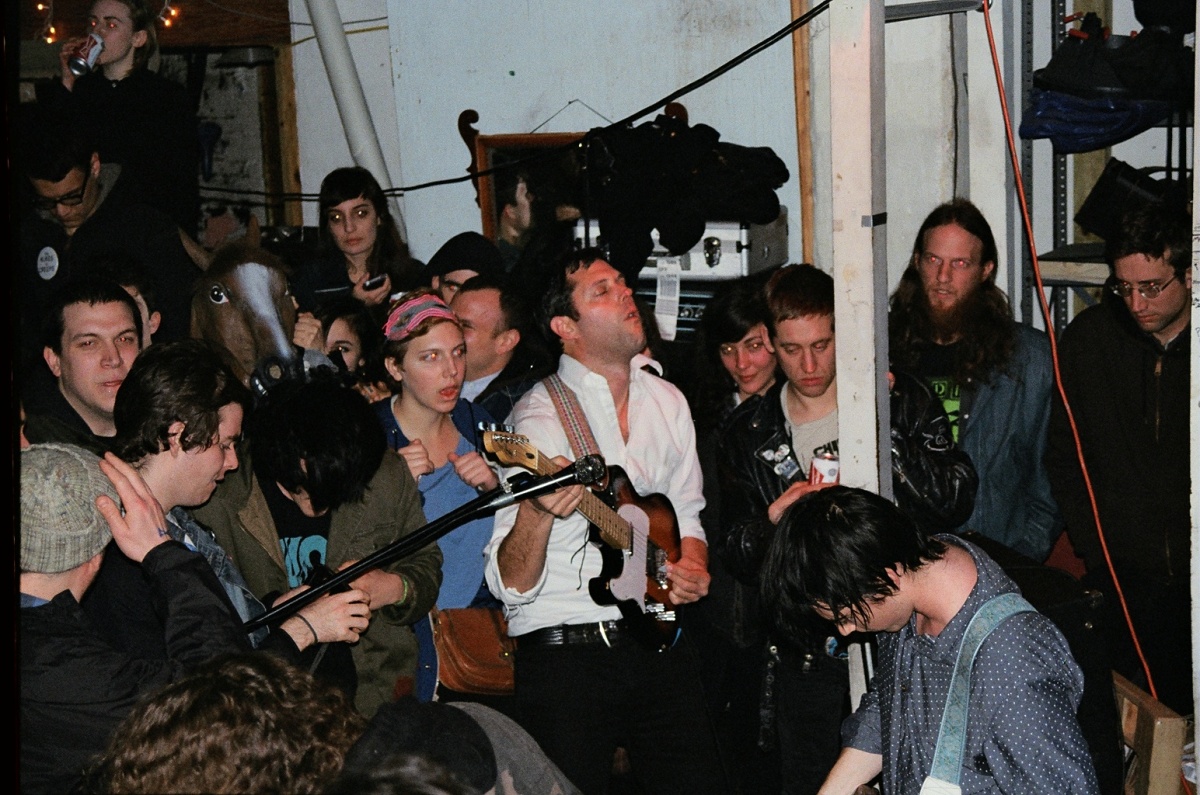 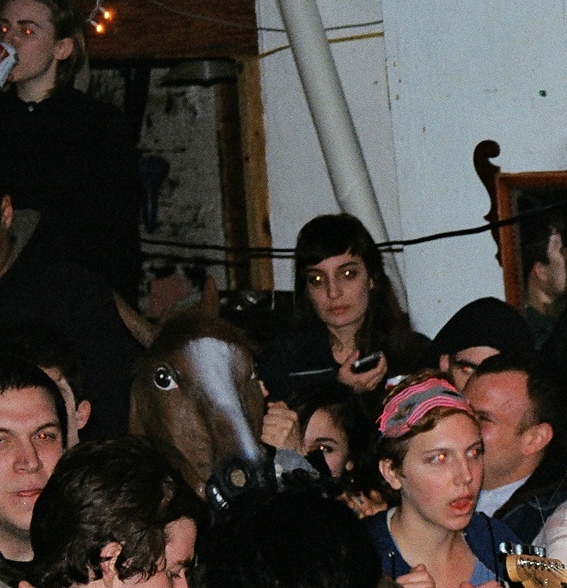 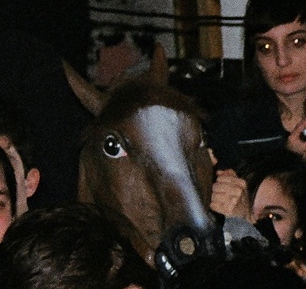